The Canadian Judicial Council was created in 1971 by Canada's Parliament with the goal to continually improve judicial services in Canada. To achieve this, the Council has authority over federally appointed judges and is the forum to which any Canadian can turn if they feel aggrieved by the misconduct of a judge.

Parliament has given the Council the authority to investigate allegations of misconduct involving federally appointed judges, and it is the Council that acts as the link between Canadian citizens and the federal justice system and their judges.

When a complaint about a judge's misconduct is filed and read by the Executive Director, the Council, through a member of the Judicial Conduct Committee, reviews the complaint and decides on the next steps. The judge who is the subject of the complaint may be asked to present their point of view. The matter may then go to a Review Panel on which a member of the public sits. The judge may be asked to undertake some remedial measures such as training or coaching. If the matter is serious to enough to warrant removal, a public inquiry might be held.

You will find the complete complaint handling process in the document entitled Review Procedures. 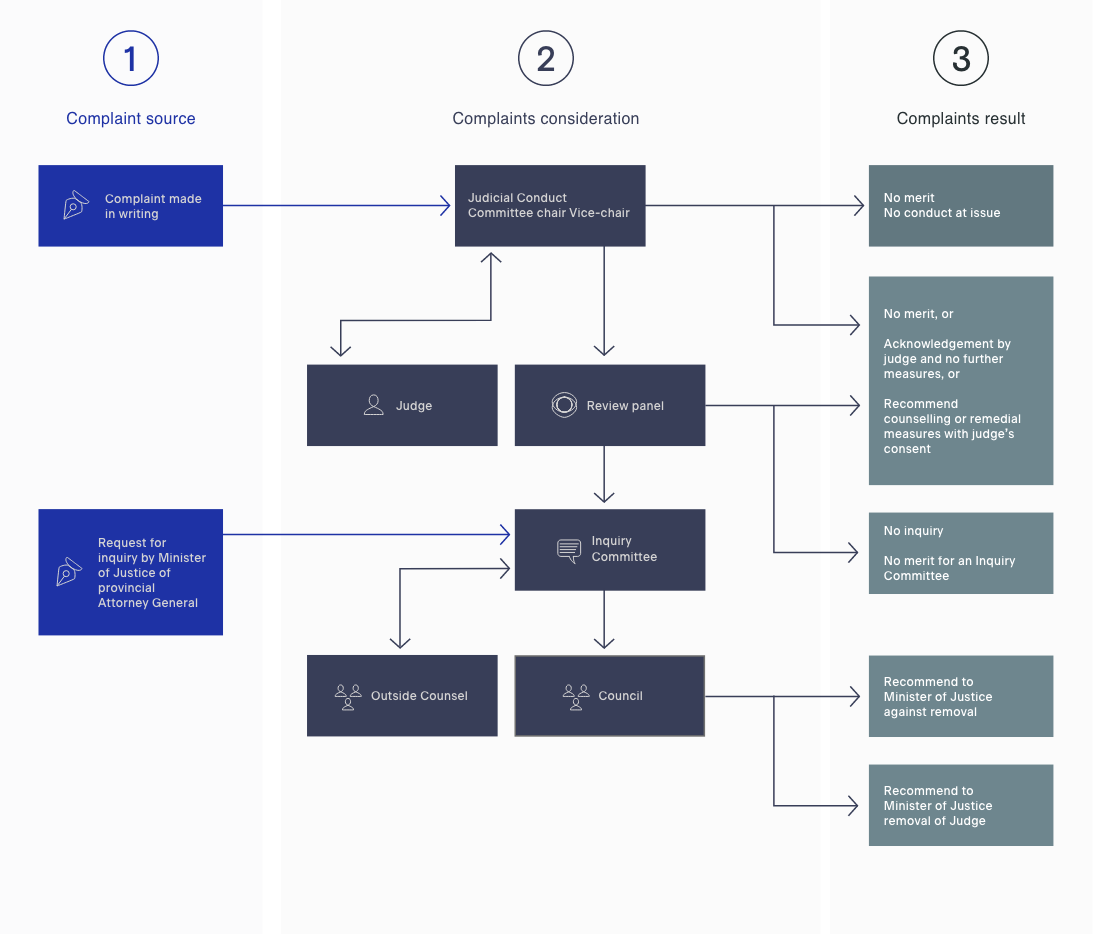 Under the Judges Act, the Canadian Judicial Council has the authority to investigate and review on complaints about the conduct – not the decisions – of federally appointed judges. Depending on the matter, the Council can recommend that the judge be removed from office. The Council publishes a report every year that summarizes the complaints received, and the decisions that were made.